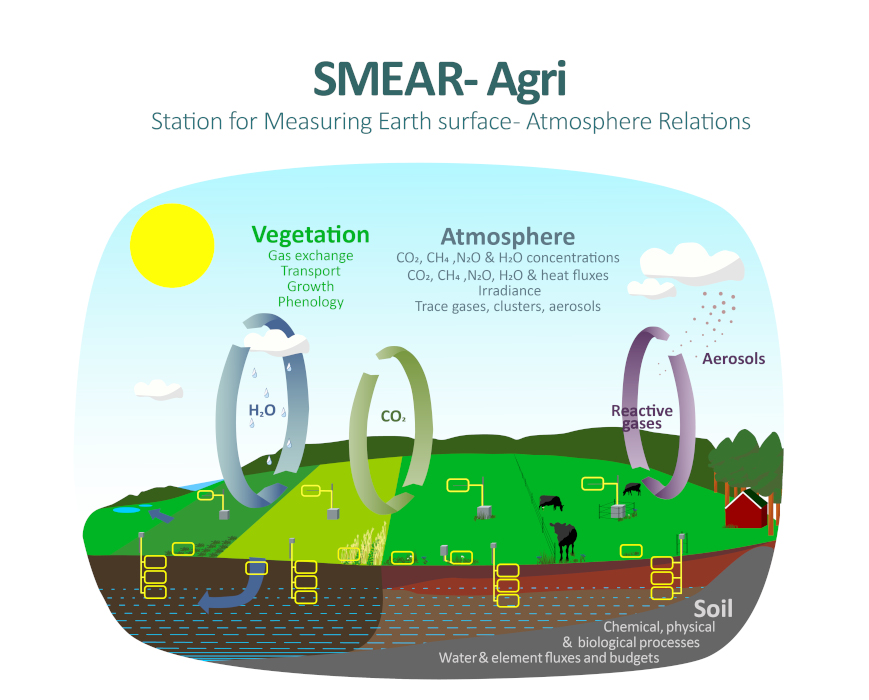 Fig 1. The interactions between soil, water bodies and the atmosphere on differently cultivated lands at the SMEAR-Agri measurement stations. The yellow box elements describe measurements of air, vegetation, water and soil profile at different depths. The round arrows describe the flows of substances and compounds between the soil and the atmosphere (figure by Nuria Altimir)

We use cookies on our website. Some of them are essential for the operation of the site, while others help us to improve this site and the user experience (tracking cookies). You can decide for yourself whether you want to allow cookies or not. Please note that if you reject them, you may not be able to use all the functionalities of the site.