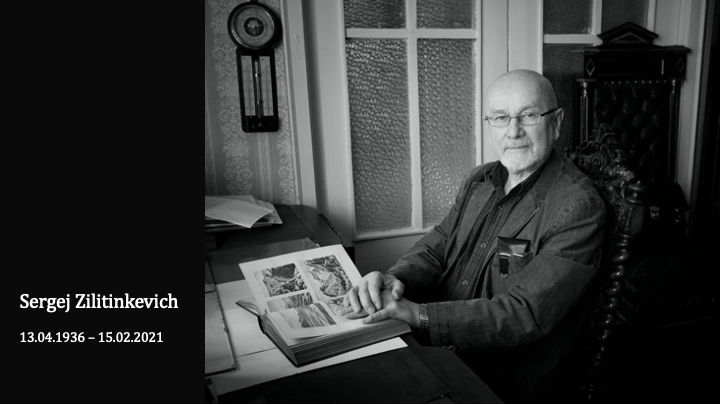 Sergej Sergeevich Zilitinkevich was born on 13 April 1936 in the city of Leningrad. His father, Sergej Illarionovich Zilitinkevich, was one of the founders of Russian radio engineering, a prominent scientist, engineer, and Professor at the Leningrad Institute of Fine Mechanics and Optics. Sergej Illarionovich came from a priestly family, his father and grandfather were graduates from the Volhynian Theological Seminary and the Kyiv Theological Academy, and they served in parishes of the Volhynian Governorate(Russian Empire).

During 1955-1959, Sergej Zilitinkevich was educated in the Leningrad University, and in 1959 defended his diploma as a theoretical physicist. His entire life was devoted to the service of Science, and he made a brilliant scientific career in the theory of geophysical/astrophysical turbulence, physics of the Earth and planetary atmospheres and hydrosphere. In 1962, he defended his dissertation for the Candidate of Sciences (equivalent to PhD) in physics and mathematics and was already leading the Air Pollution Laboratory of the Voeikov Main Geophysical Observatory in Leningrad by 1964. In 1966, he founded the Leningrad Branch (on turbulence, boundary layers and air-sea interaction) of the Moscow Institute of Oceanology, USSR Academy of Sciences. In 1968, he defended his dissertation for Doctor of Sciences in physics and mathematics. The same year he initiated USSR interdepartmental cooperation in the field of atmospheric and oceanic physics and was appointed as the Head of Planetary Atmosphere Research in the USSR Space Research Programme “Venus”. In 1970, he was appointed Chair of the USSR Commission on Air-Sea Interaction. In 1972, he was awarded the academic title of Professor of Geophysics by the Presidium of the USSR Academy of Sciences. During these years, while working in the USSR, Sergej Zilitinkevich published over 100 scientific peer-reviewed articles and 6 books on planetary boundary layers, air-sea interaction, environmental turbulence, general circulation of planetary atmospheres, theory of climate, and physical aspects of aquatic ecosystem modelling.

From 1990 onwards, his scientific career continued in Europe. First in Denmark, as a Visiting Professor at the Wind Energy Department, Risø National Laboratory. Then, during 1991-1997, in Sweden and Germany as a Visiting Professor and leader of research projects at the Max-Planck Institute for Meteorology, the University of Hamburg, the Alfred Wegener Institute for Polar and Marine Research, and the Institute of Hydrophysics in Gesthacht. In 1998-2003, he became the Professor and Head of the Department of Meteorology at Uppsala University in Sweden. In 2004, he moved to Finland to establish the three-year Marie Curie Chair on boundary layer physics, and then continued as a Research Professor at the Finnish Meteorological Institute and Research Director at the Institute for Atmospheric and Earth System Research of the University of Helsinki, where he had been coordinating numerous national and international research and educational projects. In 2011, he was also invited to be the Leading Scientist to the University of Nizhny Novgorod in Russia. He was a founding member of the multi-year international Pan-Eurasian Experiment (PEEX) Programme, which is uniting scientists from Europe, Russia and China in pursuit of solutions to Grand Challenges, including climate change and environmental pollution, and was the PEEX Chief Scientist from 2012 onwards.

Sergej Zilitinkevich is an Honorary Member of the European Geophysical Union, a member of the International Eurasian Academy of Sciences, of the Academia Europaea, of the Finnish Academy of Science and Letters, and a fellow of the Royal Meteorological Society. He was Professor Emeritus at Uppsala University in Sweden and Honorary Professor at several universities in Russia, Ukraine and South Africa. He was awarded the Vilhelm Bjerknes Medal of the European Geophysical Society (in 2000), the Alfred Wegener Medal of the European Geophysical Union (in 2015), and the most prestigious award in hydrometeorology, the International Meteorological Organization Prize (in 2019) for outstanding contributions to meteorology, climatology and research in related fields.

He has been and will continue to be cited for his pioneering inventions in the physics of turbulence and atmospheric boundary layers, which have expanded our knowledge of the Earth, contributed to progress in weather, climate and air quality forecasting, and led to new directions in research. For more than half a century, he pioneered theoretical and practical developments to meet the vital needs of weather and air quality forecasting and climate modelling. The results of his work are widely used in operational weather forecasting, atmospheric pollution and climate models, included in textbooks, and often cited as classical references.

Throughout his scientific career, he actively and fruitfully collaborated and developed cooperation with academic institutions in Finland, Russia, Ukraine, Germany, Denmark, Sweden, the USA, and other countries. He also left a rich spiritual and literary heritage; his writings and the compiled biography and legacy of Igor Evgenievich Anichkov, the religious scholar, philosopher and humanist of the XX century.

The life of Sergej Sergeevich Zilitinkevich is a vivid example of a life of service to Science and of having an irresistible desire to understand the surrounding world, striving for a spiritual understanding of the foundations of the Universe and a deep respect for the centuries-old values and traditions of humanity.